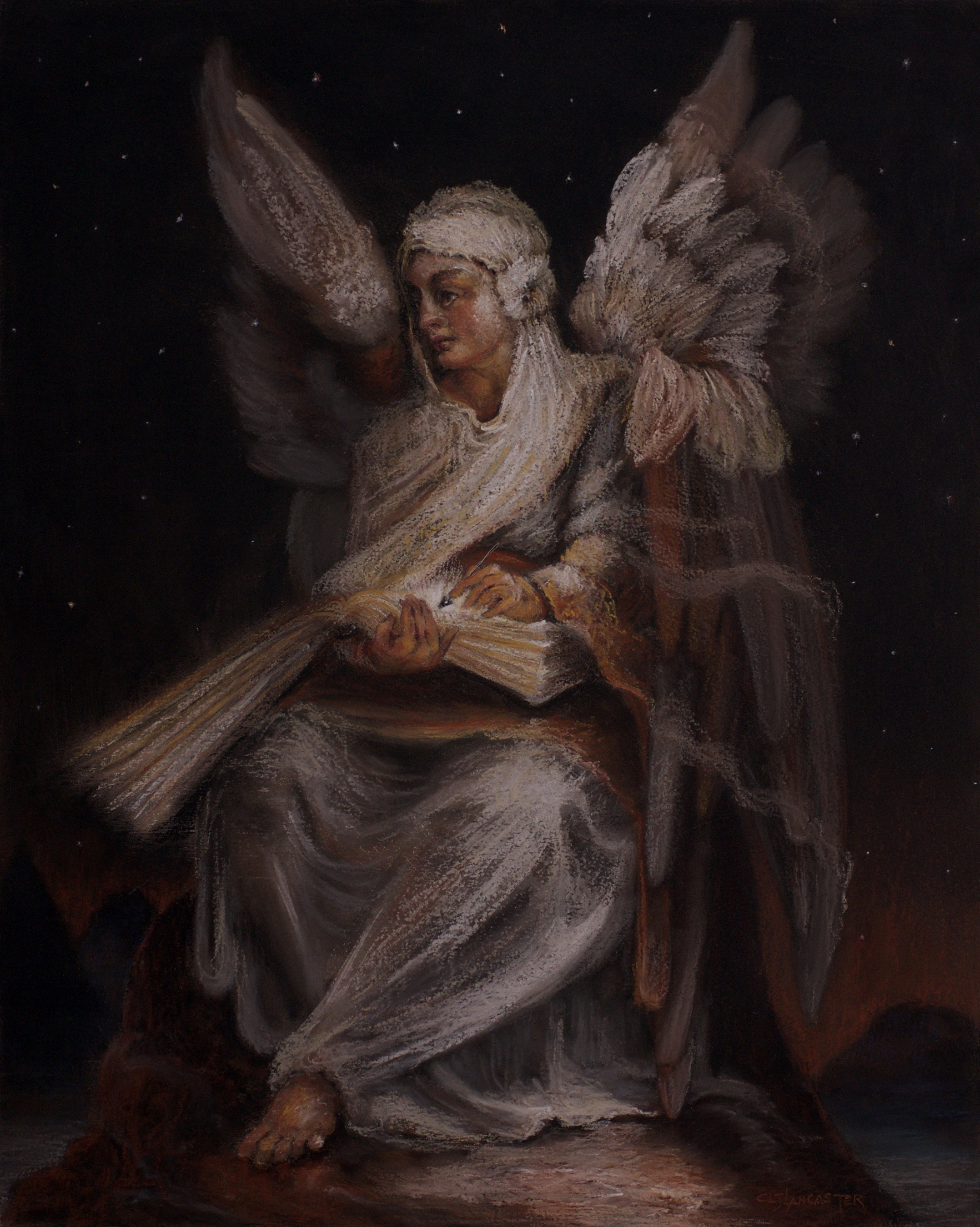 The Critique: By Karen Lappon, April 2017

The Critique: By Karen Lappon, April 2017

CLJ Lancaster is an extremely talented American figure painter who surfs the crests of the waves of expressionism, surrealism and symbolism without ever embracing any one of them completely.

Her visionary work is not so much characterized by her style, albeit effectively interesting: a preeminently classical style of painting with the addition of preponderantly large, rich and flowing brushstrokes reminiscent of Edvard Munch. The harsh lighting in the dark shadows become a chiaroscuro that reminds us of Caravaggio and Rembrandt. The compositions, in which the staging of the subjects occupy the whole foreground of the canvas, leaving very little space to be however minimalist background, remind us of Pre-Raphaelite Dante Gabriel Rossetti. This manipulation of light and shadow, the strategic disposition of the figures, the luminous expansions of bright color and the selective attention to detail give CLJ’s work a strong emotional impact. They create dark atmospheric scenes of sublime dramatic sensuality and strength.

What is entirely fascinating, is the subject matter of Lancaster’s paintings-the connection, the gateway, the path between earth and heaven that in the artist’s idealized version, is represented by angels. Be they messengers, guides or protectors, CLJ’s angels, surreal, asexual, incorporeal beings, have nothing in common with what we are used to in common iconography. These angels are more true to the classical theological doctrine of spiritual beings, superior to humans in power and intelligence, benevolent and all inspiring, with the wisdom and knowledge of earthly events, but also not infallible, in fact their suffering is visibly intense and tangible in the artists canvases.

The wings of these cherubim, seraphim, and psychopomps, which capture the eye, envelop and obscure all else at first sight, are a visitation of strength and dominating power. We are attracted to the wings: large, embracing, reassuring; we experience the dynamism and energy that the artists thick, sweeping brushstrokes enhance.

St. John Chrysostom wrote: “For the ladder seems to me to signify the gradual ascent by means of virtue, by which is possible for us to ascend from earth to heaven, not using material steps, but improvement and correction of manners”. From this perspective, CLJ Lancaster’s angels are the visual representation of the inner journey we must take to improve, correct and ascend to empyrean immortality.

Painting the Marvelous: The Work of CLJ Lancaster, October 2014

CLJ Lancaster has followed her artistic vision throughout her career. And what a vision it is. Her paintings systematically explore the limits of rationality by exploring the nether worlds of the myth and dreamscape. To explore this internal territory the artist deliberately destabilizes the sense and the intellect of the beholder through the processes of visual displacement, juxtaposition, doubling and scale shifts.

Lancaster has created her own world over the years and it would not be unfair to say that her romanticisim-inspired visions are poignant reminders that our present day civilization and its rules of conduct and behavior is but a thin and fragile veneer. Not surprisingly, then, we find that the artist, in her works, explores the ambiguous liminal zone between what is organic and non-organic, what is sensate and what is not, in effect bringing out for all to see how closely the dream drive and mythology interrelate through the use of Freud’s principle of the uncanny.

With their fabulous implausibility that fill the mind and then illuminates it with visionary hallucinations of beings containing other beings, the enigmatic paintings by CLJ Lancaster are persuasive examples of this artist’s persistent post-modern efforts to examine the relationship between nature and culture. The play of the artist in asserting both the corporeal presence as well as the fleeting invisibility of the cast of characters in her artwork is a distinct application of a stylistic format that allows the eye free play through phantasmagorical pockets of space that are permeable and fluid. Through such permeability the artist allows herself a dual intention. An allegorical impulse is aroused that is the seat of a desire to excavate the underpinnings of human drama and a paean towards a celebration of spiritual power.

Whether through her landscapes or images of angels Lancaster juxtaposes two different realities allowing the mind to find integration in dissimilarity, in a dramatic cathartic interchange of worlds that blend the symbolic, the real and the imaginary. Her entities form part of and are set-off from what appear to be vast expanses of other-worldly terrain that are meant to defy human needs or desires. Through these imposing grandiloquent and often magisterial images Lancaster gives expressive form to the dreams that appear to predominate over intellect sweeping the viewer away by a sense of ephemerality.

Lancaster works within the great artistic tradition of excavating the psyche in order to bring to light what was formally submerged within darkness. There are three separate visual techniques that we are able to follow. They include a disorientation of sensation where the artist begins apprehending her capacity in becoming a Rimbaudian-like “seer”, an in-depth exploration of the use of both objective chance and automatisme, and the prospecting of determination which allows the ego to surmount the troubles of the external world.

All three of these devices are found in equal measure in the Lancaster’s richly textured and super-charged works. The artist’s visual experimentation is wide-ranging and her visual odysseys within the self offer a penetrating look at the primacy of passion and the irrational. Her provocative paintings, with their near-mythic thrust, invoke in some measure Rene Magnate’s observation that “painting the impossible” meant giving precedence “to poetry over painting.”